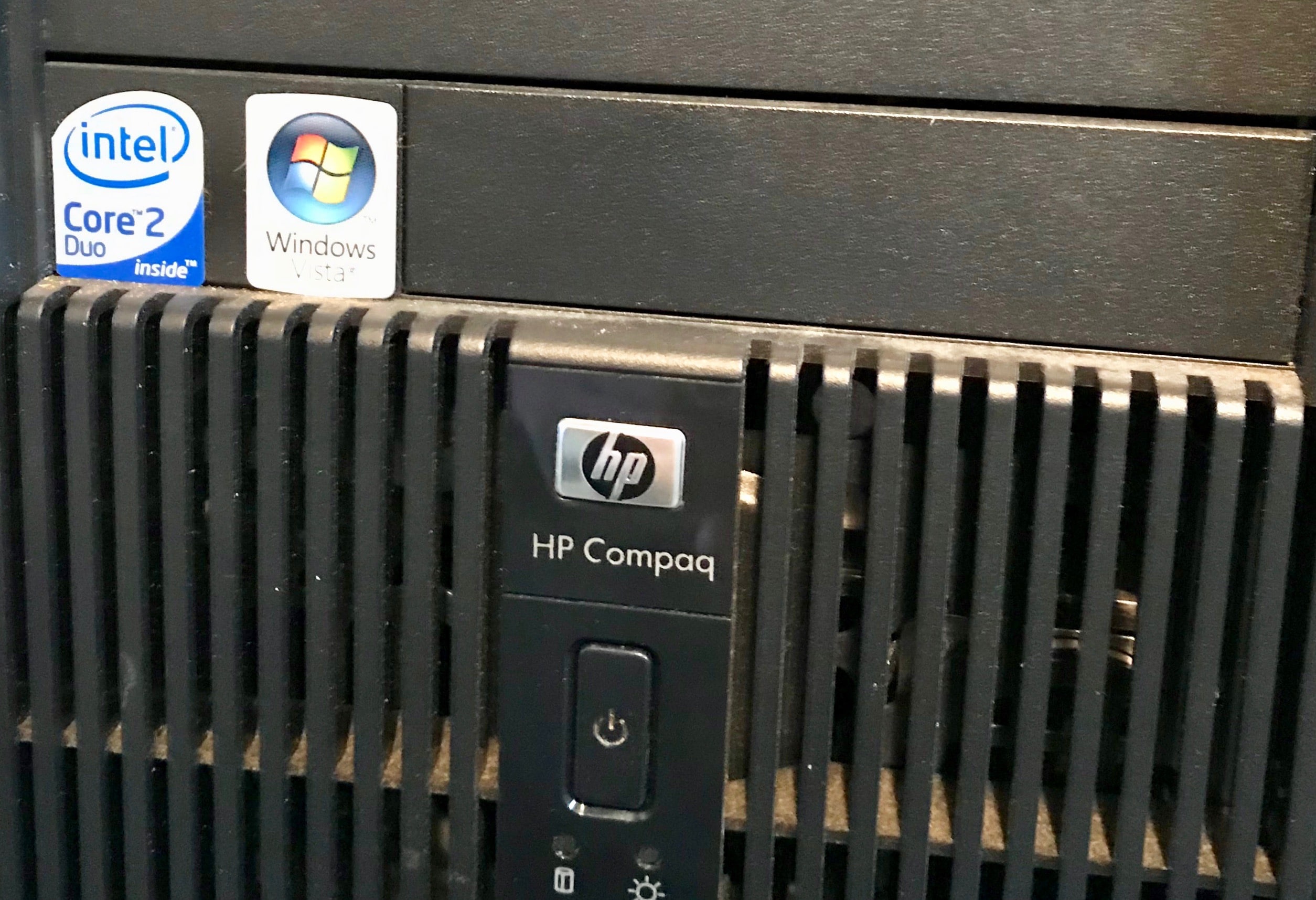 I’ve been working as a computer programmer or part of the IT department for about 23 years now. And as you can guess, I’ve had a few computers over the years. It seems like every few years you need a new one. So I’m often asking myself what to do with an old computer? Well here’s what I did last weekend.

The weather in NJ is warming up and it’s time to convert my garage from storage mode (where you can’t walk in it) to workshop mode. I’ll be putting the overwintered banana trees back in the ground and the patio furniture can go back outside too. What a luxury to be able to build something inside the garage again. At some point I’ll get a decent shed to store this winter stuff but that  didn’t happen last fall.

When I’m working in the garage, I like to listen to music. When you ask, “What to do with an old computer” the answer for me is to use it for music. I have an old core 2 duo with 2 GB of ram. And that’s not going to run Windows too well. It’s just too underpowered. Even when you keep an old computer OS, things don’t always work that great. I think I have an even older Windows 98 computer up in the attic. That thing didn’t work too well in 2000 so I can imagine what it would be like now. What I needed was a somewhat new OS that would run the music streaming sites, YouTube and be able to do some web browsing. So I picked PeppermintOS. It’s a very lightweight version of Linux and it’s perfect for this old PC. You can learn more about it on the Peppermint OS site.

Installing isn’t too hard. You just need to create a USB boot drive with the install files on it. There’s even great instructions on the PeppermintOS site. For my core 2 duo I downloaded the 32 bit version.

The installation itself is pretty easy, you really just answer a few questions, create a logon, join your wifi and you’re done. Remember to select the option to install 3rd party apps. Most music streaming websites need flash or other tools to play music.

The WiFi was a issue for me. The garage gets a strong wifi signal from my router but there’s no wifi in that old PC. But that’s not a big deal because you can get a USB wifi stick for really cheap. I got this one from Edimax for less then $10 and it works great.

The Peppermint OS runs the chromium browser. It’s basically the same as Chrome. So as long as you choose install 3rd party apps during the PeppermintOS install, it’ll work just fine with the music streaming sites. Firefox works great on PeppermintOS too.

Since the main use for this PC is to steam music, I needed some speakers. The garage is small but I often spread out to the driveway when the weather is good. It’s not fun using a worksite table saw in a tiny garage. So these PC speakers that I have are alright but I’m looking into upgrading them to something with some more volume. I have my eye on this Cyber Acoustics Most Thunderous 2.1 Subwoofer Speaker System

And since space is a premium in my tiny garage, I’m also looking into a monitor stand. This way I can use the space that would have been taken up by the monitor and use it for the keyboard and mouse. The monitor will float over it and I can also angle it which ever way I need to.

If you need to know what to do with an old computer, you can follow my lead and set up a PeppermintOS music streamer.