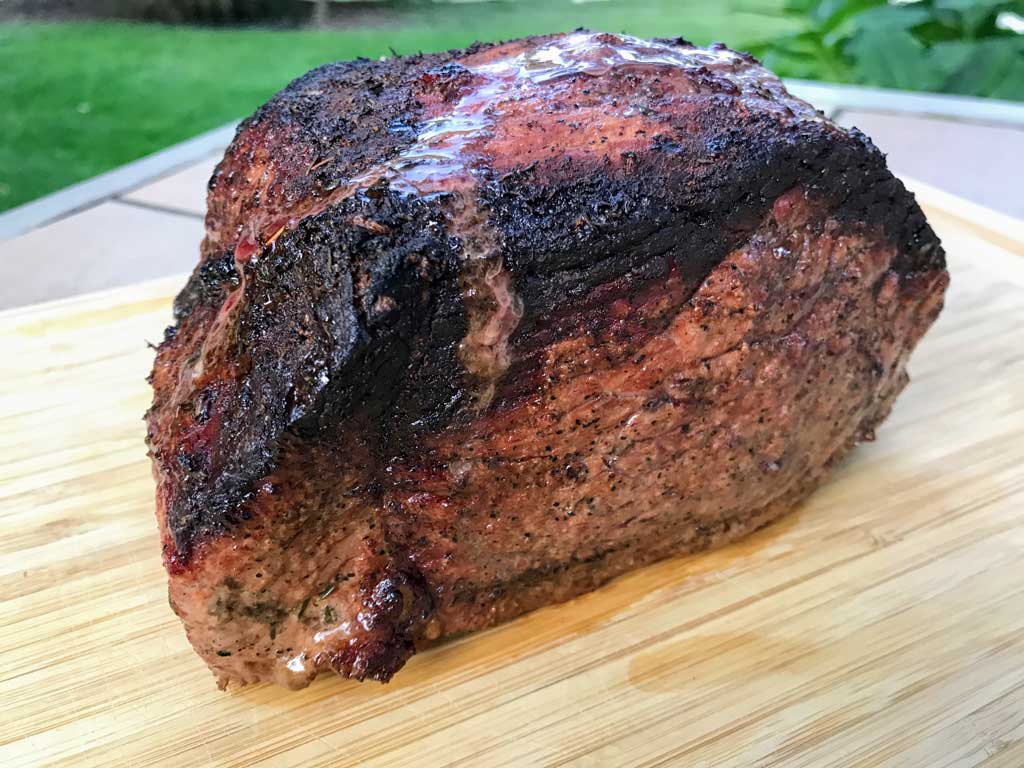 My quest to learn as much as I can about smoking meat continues. Recently I’ve smoked a meatloaf and the whole family agreed that it was pretty tasty. So now it’s time to step it up a little and try a real piece of meat. I’m still not ready to try an expensive cut of meat like brisket yet so this time I’m going to try smoking a roast beef. If you want to know how to smoke a top round roast or at least how I do it, then read on. 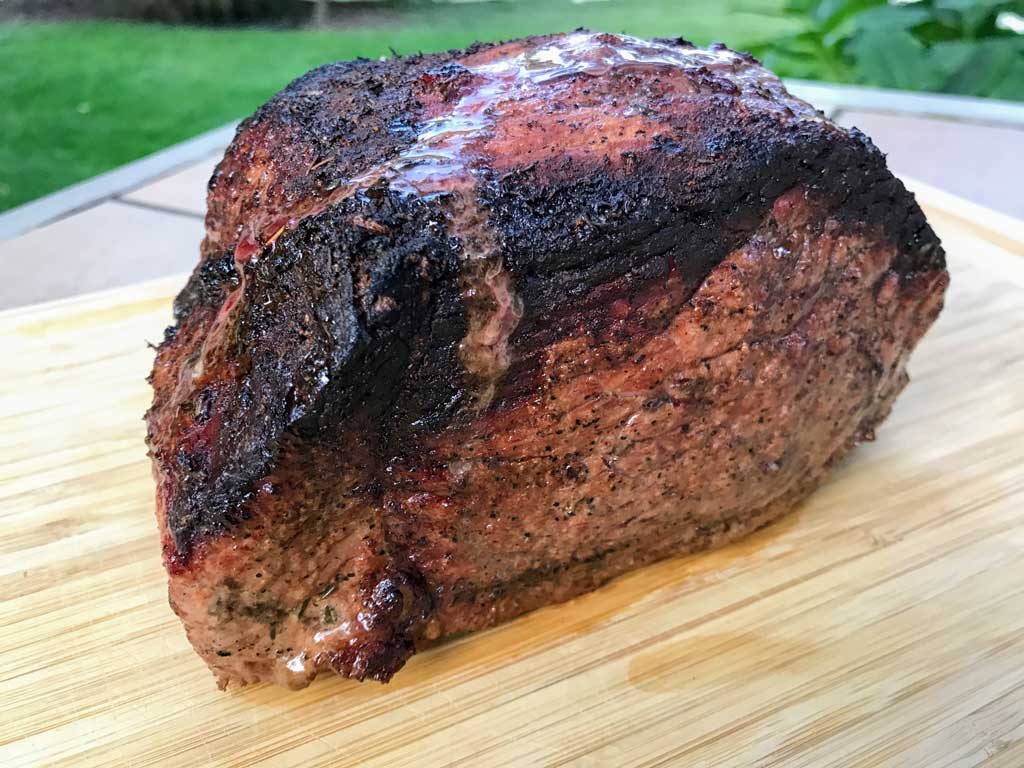 What is Top Round?

First things first, what the heck is top round? My meat cuts knowledge is limited so I figured I should learn some of this stuff. I’m tired of going to the store and seeing some cut of meat that I haven’t the foggiest idea what part of some animal that it came from. If I saw Wookie Buttocks on the package label it really wouldn’t surprise me. I’d do what I always do and take out my phone and Google Wookie Buttock recipes.

I have learned that Top round roast is cut from the inside of rear legs of the cow. It’s a large, tough, budget friendly cut of beef. Hey budget friendly is my middle name. It’s also the cut that’s most often used for the roast beef that you would buy at a deli.

What is London Broil?

So I bought a 5 pound Top Round Roast from the supermarket and seasoned it with salt, pepper and garlic powder.

How To Smoke A Top Round Roast

Next I fired up my trusty Char Broil Big Easy Smoker and filled the wood compartment with hickory. Oak would be another good wood to try but I didn’t have any. Next time I’ll try Oak.

The Big Easy Smoker doesn’t get those really low temperatures like other smokers. I think the lowest I can get it with the top closed is about 225 degrees. So that meant that my roast was done in a little under 2 hours. When it got to an internal temperature of 135 degrees I took it out and let it rest about 5 minutes. It continued to cook a little after I took it out of the smoker but it came out nice and medium rare.

Roast Beef in a smoker really can’t be beat. So delicious, it’s like owning a deli. And my family also agreed that it was quite tasty. They’re usually my toughest critics and have no problem telling me when something sucks. They were actually impressed with this roast beef. We ate it with mashed potatoes and gravy and then of course had the leftovers on sandwiches the next day. Now that I’ve figured out how to smoke a top round roast it’s time to learn the next thing. Not sure what that is yet but you can be sure that I’ll post about it. The quest continues…