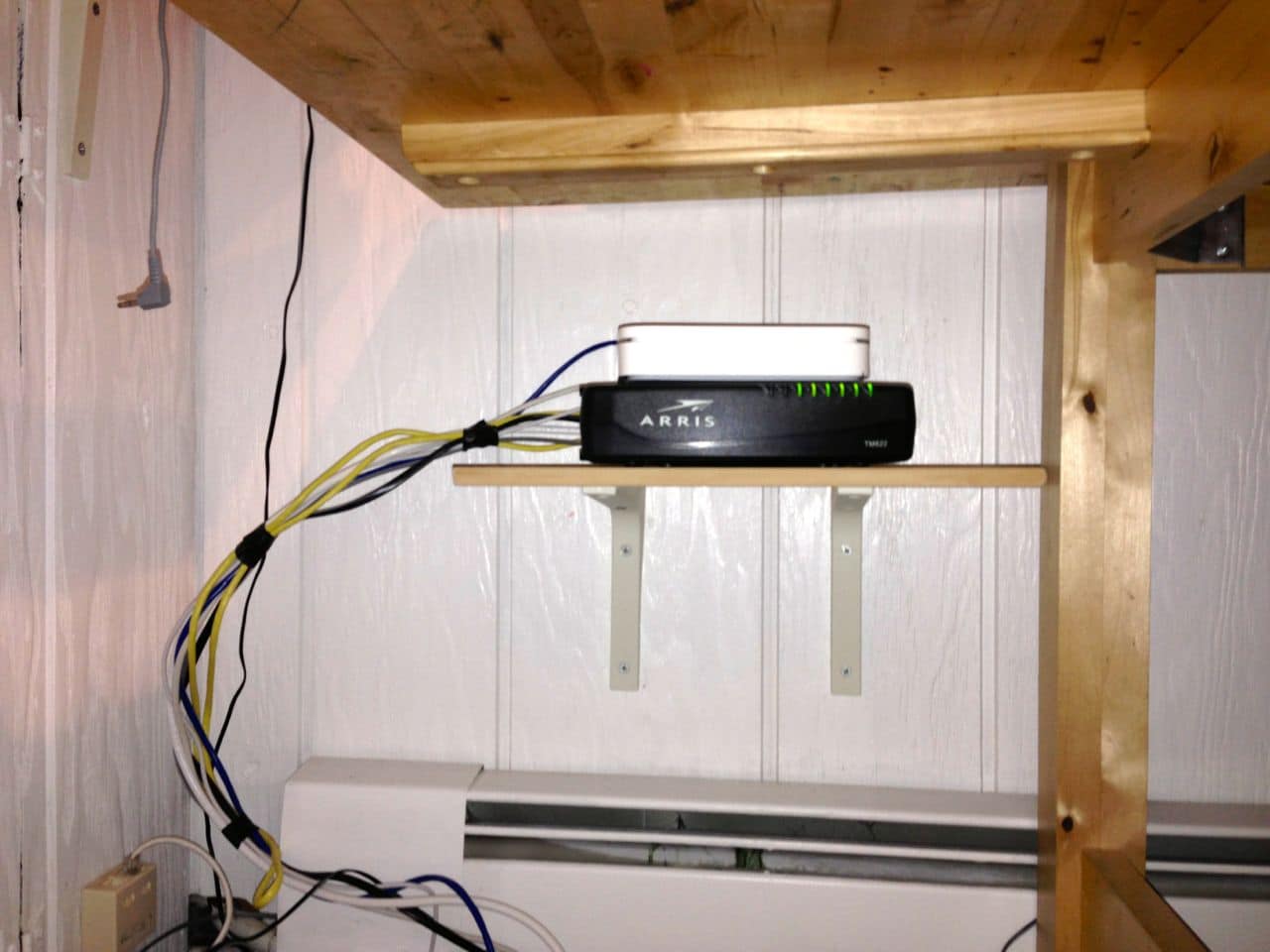 Here’s a tiny little project that I did the other day. It’s sort of related to the big craft table/room overhaul project that I have going on but just barely. Not every one of my projects are fantastic game changers that deserve to go on Pinterest. But this small job solved a problem and that’s good enough for me.

You see I wanted more room on the craft table for things like mason jars and storage boxes and things that go on a craft table. And my network router just didn’t belong there. It’s not a big deal really but if I ever finish the craft table project, I want it to be perfect. I see all of these craft rooms and organized craft tables on Pinterest and I hope that ours will be up there someday too. So the router had to go. Unfortunately, this is the best spot in the house for the router. Not only for spreading the WiFi to all parts of the house but because of the incoming wiring. And I also ran two 50 foot ethernet cables from this spot to connect the router to the Xbox & the Mac Mini. The cables run neatly through the walls and into the basement/family room. For some reason the WiFi stopped working on the Xbox so I go with an ethernet connection now. Also the Mac Mini is the house entertainment server for movies and music. The iPads & the Apple TVs are able to smoothly stream that content when the server is connected with ethernet.

So to hide the networking gear without having to rewire anything, I moved it below the table and out of sight. I bought these plastic shelf brackets from IKEA for $0.50 each and got a leftover piece of MDF out of my garage and a few screws later, I had a nice out of the way spot for my router.

Not every project has to be Pinterest worthy or something that should be on the cover of DIY Magazine. Sometimes, you just have to get stuff done.