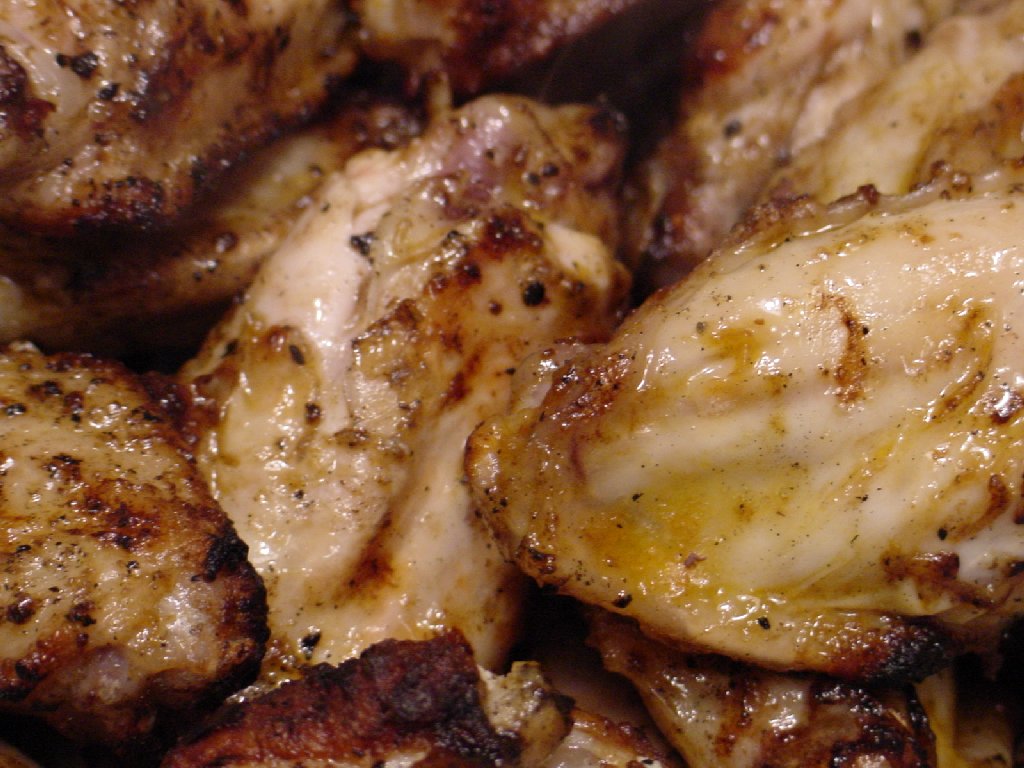 In recent years, my sister and I have decided to exchange a couple of small themed gifts with a $25 limit for the holidays instead of the usual barrage of presents. We both have two kids each and Christmas is really for them so the adult gifts aren’t as important. We came up with the idea to try to save a little money but it’s become one of my favorite gifts to buy and receive each Christmas. It’s a lot more fun to come up with a creative gift on a budget. This year the theme was where we live. We had to choose gifts that had something to do with where we lived which for me is New Jersey and for her is Buffalo, NY.

Now I hope she enjoys her The Sopranos Family Cookbook: As Compiled by Artie Bucco

and that package of Taylor Ham but the bottle of Hot Wing sauce from the Anchor Bar that she bought was one of the tastiest gifts I’ve ever received.

Wings are a quick and easy meal in my house. Our recipe for Buffalo Wings consists of a marinade of Franks Hot sauce and butter and we either buy wingettes or I’ll cut the wings up myself. The butter part of the recipe was something I learned from my brother-in-law. He’s a professional New York Giants Tailgater who packs a turkey fryer and a sofa into a truck for every Sunday home game. Apparently butter and the deep fryer is part of the standard recipe for buffalo wings while in the parking lot of Giants Stadium but I’ll pass on the fryer and use the BBQ.

The hot sauce to butter ratio is about 3 or 4 to 1. Let the wings marinate at least an hour. Overnight would be best but who wants to cut up chicken wings before going to sleep at night. I’m lucky if I have time to pack a sandwich for work the next day, getting out the cutting board and some raw chicken usually isn’t high on my list of things to things to do after the kids go to bed.

After tasting wings made with Anchor Bar Buffalo Wing Sauce

, I may never buy another bottle of Franks hot sauce again. This is what wings are supposed to taste like. We served our authentic New Jersey Buffalo Wings with small bowls of hot sauce and blue cheese dressing for dipping.

Since this year’s gifts were so great, maybe next year the theme should be something to do with food. We seem to buy each other food anyway.