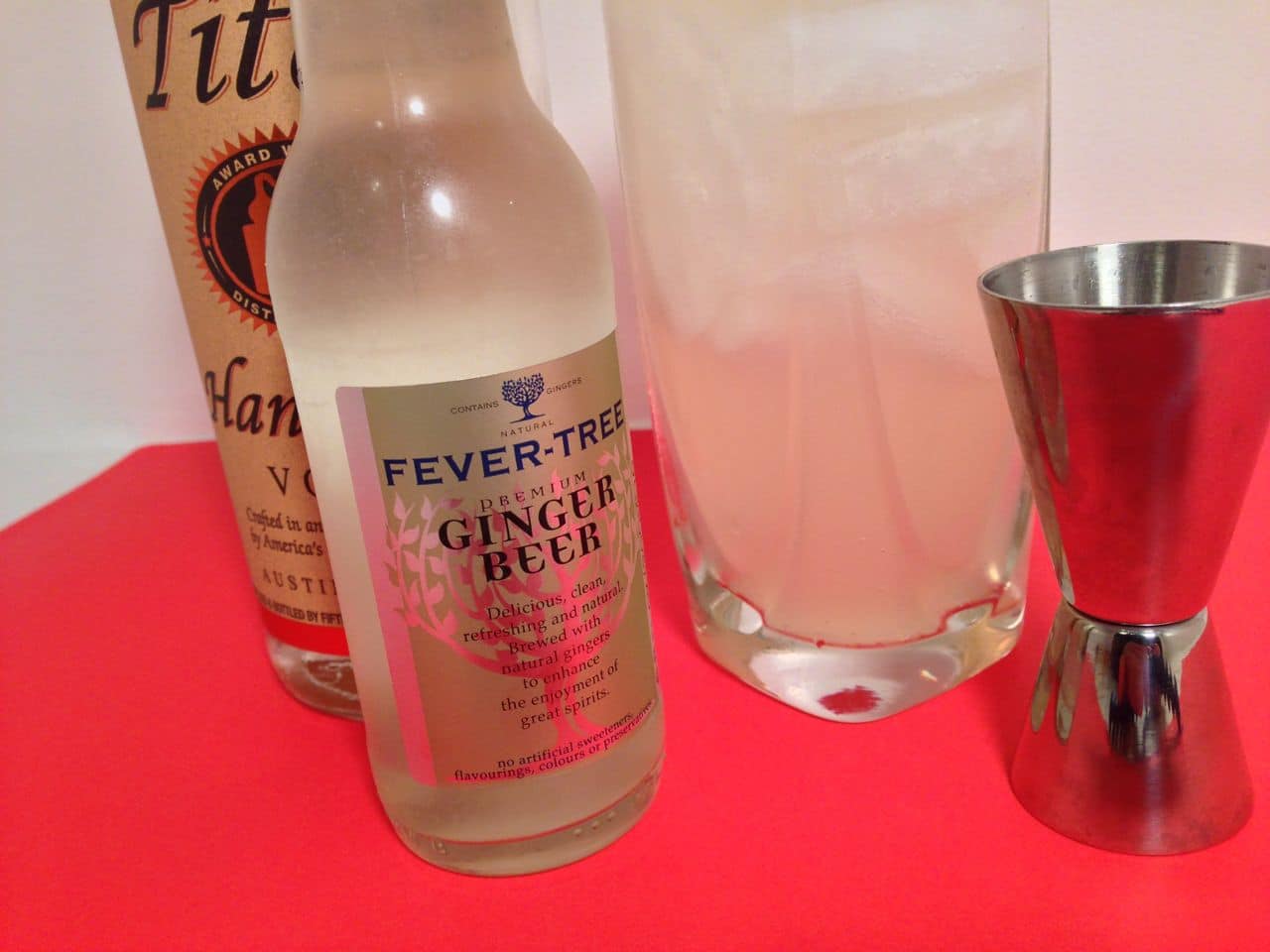 Ginger Beer seems to be the flavor of the season. It’s all over my favorite food and drink magazines/blogs/etc. So what’s the big deal about it anyway? I like ginger ale (especially with bourbon) so I figured why not see what all the fuss is about and make this Moscow Mule Recipe that uses Ginger beer.

I quickly learned that the difference between ginger ale and ginger beer is that ale is a carbonated drink made with water and ginger while the beer is brewed and fermented. The most popular cocktails made with ginger beer are the Dark and Stormy and the Moscow Mule.

After a quick peek into my liquor cabinet, I realized that there were slim pickings in there. Basically vodka, tequila and mixers. Hmm, I’ll have to do something about that on my next pay day but for right now I decided my first ginger beer drink was going to be a Moscow Mule.

On my way home from work, I was picked up a 4 pack of ginger beer. Everyone recommended the Goslings variety but they didn’t have that at the store. In fact, I only have one choice so i picked up the 4 pack of Fever Tree Ginger Beer. Turns out it was a good pick.

They say that the Moscow Mule was invented by two guys in the 1940ies. One guy sold vodka and the other sold ginger beer. Neither one of them were moving a lot of product so they put their heads together and came up with the Moscow Mule. 1 part vodka, 2 parts ginger beer, squeeze a lime and serve it over ice. They also knew a guy who sold copper mugs and he happened to have a lot of extra inventory. So they engraved some famous celebrities names onto the mugs and these celebrities actually started ordering the drinks when they went out. It helped that the Ginger Beer maker owned a popular bar. Then the regular people started ordering them too. And the Moscow Mule was born.

Can you imagine what would happen if they tried that with celebrities now? Cease and desist letters would be served quicker than the drinks. Well lucky for them, their plan worked and it became a popular drink back then and it’s actually going through a bit of a revival now.

Moscow Mule is really and awful name for a nice and refreshing drink. I think they figured that the Moscow part was the vodka and the spicy kick of the ginger beer is the from the mule. Even without the copper mug, it’s a nice summer drink.

Next time I have some Kraken dark rum in the house, I’ll make a Kraken Dark and Stormy and see which one I like better.