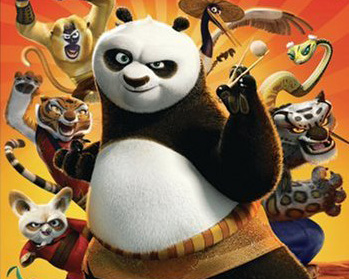 Have you seen the new Kung Fu Panda

show on Nickelodeon yet? My son really likes it so I checked it out with him a few times and I’m glad I did. It’s really well done and is almost as good as the original Kung Fu Panda movie. Po, Master Shifu and the Furious Five are all back for more adventures. Now that Po is the Dragon Warrior his kung fu is excellent but he’s still a fat panda at heart and that makes for some funny situations. But the best part of the show is the opening theme song. The Kung Fu Panda Legends of Awesomeness Lyrics are awesome!

The theme song sounds sounds just like Jack Black who played Po the panda in the original movie and it’s 2 sequels but it’s not him. It’s actually a guy named Mick Wingert who is singing and he also voices the TV version of Po.

Here are the opening theme lyrics

Hear the legends of the Kung Fu Panda!

Raised in a noodle shop, never seeking glory or fame,

He climbed a mountain top and earned the Dragon Warrior name.

And master the skills of bodacious and awesome!

He lives and he trains and he fights with the Furious Five,

And here’s a video of the opening theme with lyrics.

But for more Kung Fu Panda Awesomeness, check out the iOS game:
Kung Fu Panda: Be The Master