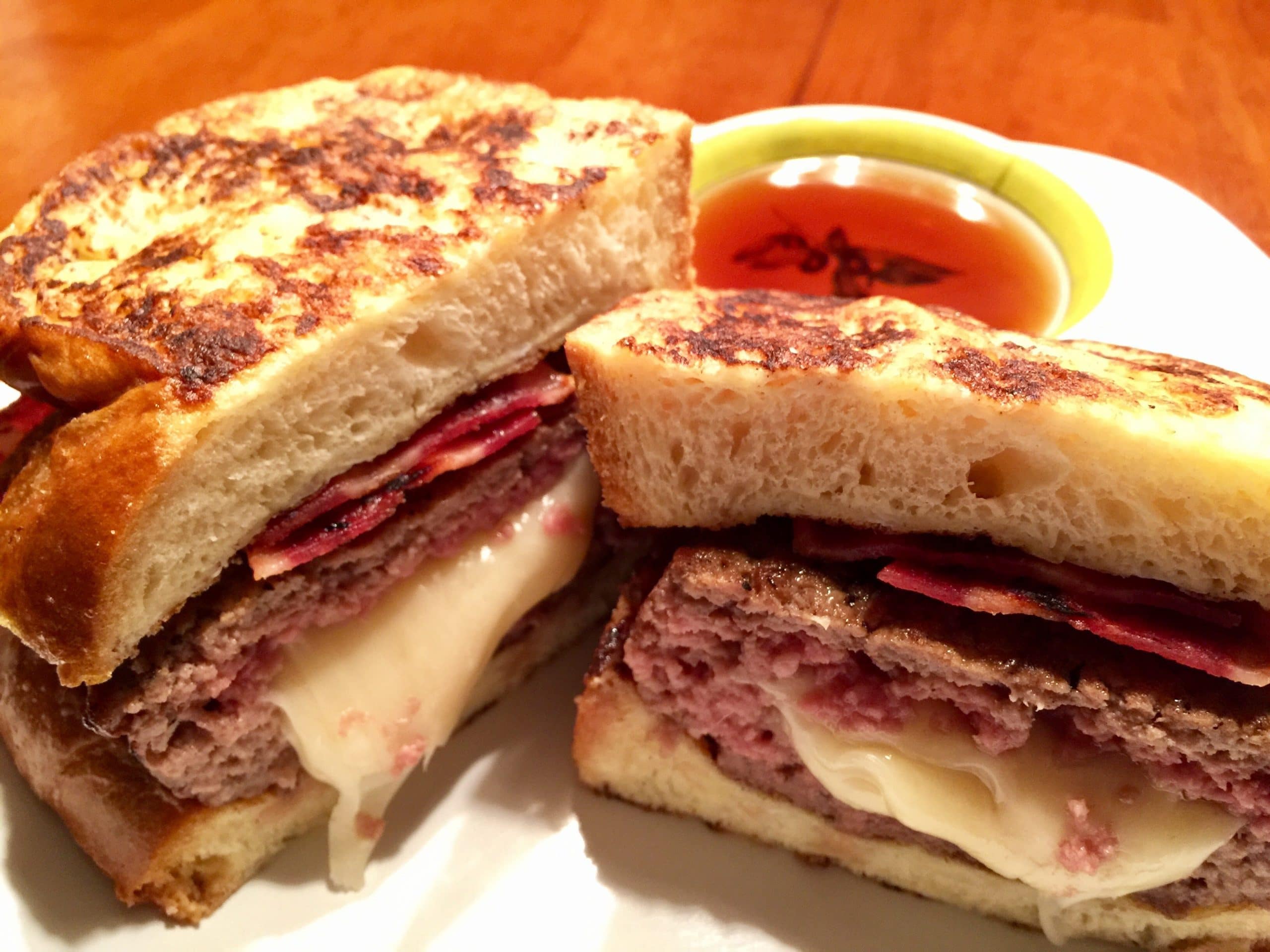 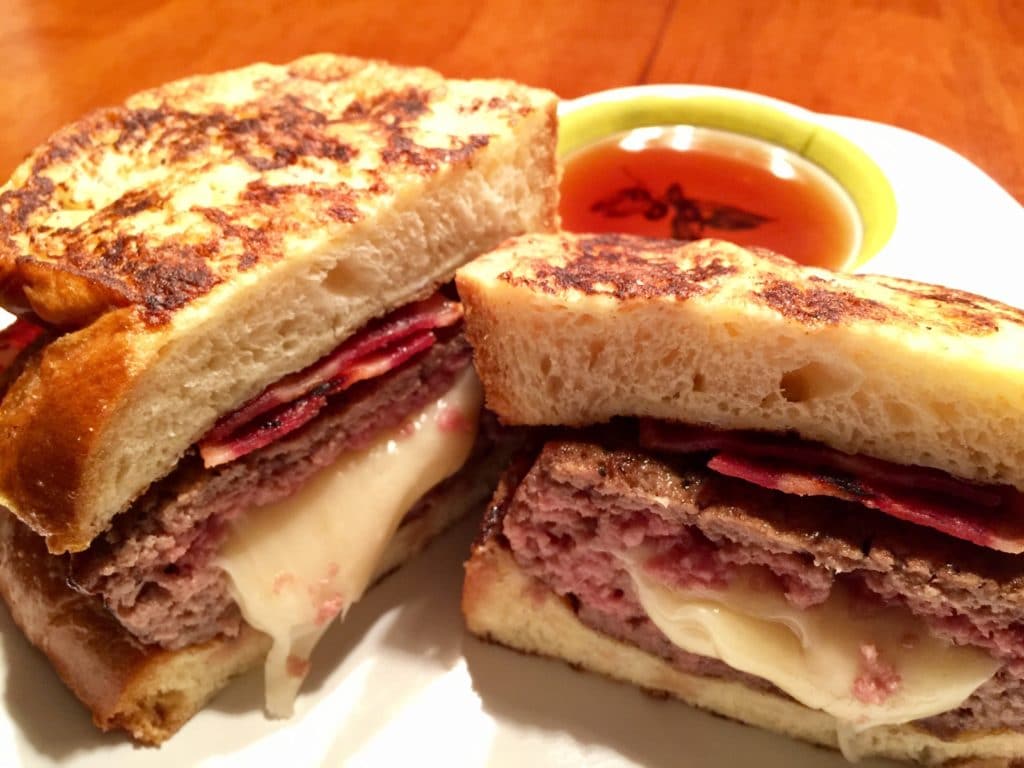 French Toast Burger
Hey my French Toast Burger recipe is below but first I’d like to give you a little of the backstory behind my burger ideas. If you just want the recipe you can skip past this. Go ahead, I’m don’t mind.

Now when my publisher first reached out to me and expressed an interest in getting me to write a cookbook, I couldn’t have been happier. Seriously, I was over the moon. I had always dreamed about becoming an author. Mostly I dreamt about writing Science Fiction novels but a cookbook made a lot of sense too because of my love of cooking. And because I blogged about making hamburgers in a panini press right when the publisher happened to be looking for panini press recipes online, I was actually going to become an author.

The Everything Panini Press Cookbook came out in 2011, 5 years ago. And now looking back, I didn’t really take advantage of this huge opportunity and follow it up with anything else. No book tour, I didn’t really blog about it much and I definitely wasn’t invited to appear on the Today Show to cook panini for Al Roker in a cooking segment. Now here we are 5 years later and I don’t update this blog enough to earn a big audience. I have a YouTube channel that my family watches and I’ve only written one more cookbook, How to Fondue.

So now I plan on fixing that. I have ideas and outlines for another 4 cookbooks. And maybe it’s time to take a crack at that Science Fiction novel too. I’m not quite sure what’s next but be sure to subscribe to my blog’s mailing list. More Good Stuff is in the works.

One idea that I have for another cookbook is about hamburgers. Recently the hamburger has evolved from a fast food staple to more of a gourmet delight with tons of different styles and varieties. I’ve spent my summer coming up with lots of interesting burger recipes. There was BBQing burgers, frying burgers and even stuffing burgers. My family is getting sick of all these burgers that I’ve been cooking. Oh come on family! The R&D is the best part of writing a cookbook.

This weekend I made a French Toast, Bacon Burger stuffed with Swiss Cheese. There’s something about mixing breakfast foods with burgers that seems right. A lot of those summer burgers that I made for the family were topped with a fried egg. And like those fried egg burgers, the french toast burger was delicious.

Here’s how I made it.

Pour Vanilla Almond Milk into a bowl large enough to put a slice of bread into and add the cinnamon and eggs. Beat until combined.

Heat a cast iron skillet or frying pan or skillet over a medium high flame and coat with non stick spray or melt a TBSP of butter in the pan.

Dunk bread slices into milk mixture one at a time and coat each side, then place in pan.
Cook for about 2-3 minutes and flip. Cook another 2-3 minutes then remove from pan and set aside.

Form 2 flat burger patties with your hands. Place a folded slice of Swiss cheese in between the two patties and pinch the outside of the burger patties to seal the cheese inside. Make sure the cheese is completely encased inside the two burgers or the cheese will ooze out during cooking. Sprinkle salt and pepper on both sides of burger.

Place burger on a hot cast iron skillet or a BBQ and cook 3-5 on each side.

That’s it, you’re done. You can now assemble your French Toast Burger stuffed with Swiss Cheese and serve it with a small dipping bowl of your favorite Maple Syrup.