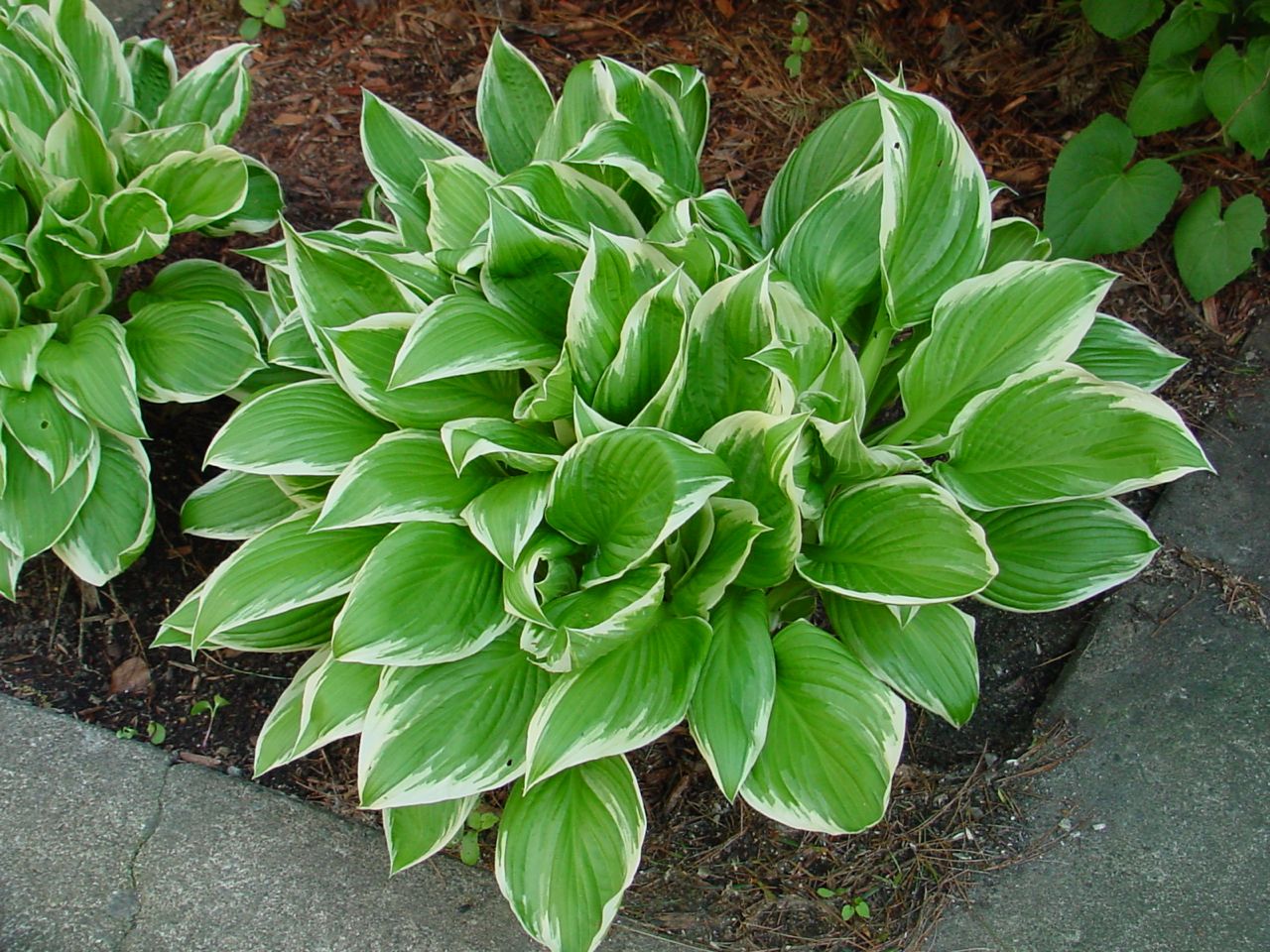 If you find a shady spot in my yard, chances are, you will see at least one hosta there. And if you don’t, then there will probably be one there soon. Not only are hostas easy to grow, shade loving plants and they’re also great looking plants. The easy to grow part might be an understatement. Sometimes I think that if you tossed a hosta onto the driveway that it would still probably grow pretty well on the pavement.

My favorite part about hosta is that you can split them to make even more hosta. This is what I meant when I said that there will be one there soon. You can’t beat a plant that you only have to buy once but will eventually turn in tons of plants. I’ve been splitting my hosta for years now. I wish I kept track of how many I originally bought and how many I have now but I lost track years ago. Lets just go with “a lot” and leave it at that.

Every spring when the hosta eyes start poking out of the ground I’ll dig up the plant and chop it in half with my garden machete. It it’s a really big one I’ll chop it into more than two pieces. The key is to make sure that you have at least a few eyes on each division. The hosta in the picture grew way too big for it’s spot in between some lilies, so I had to transplant it and divide it. It was so big that I was able to get 4 plants out of 1.

Then when I replant the split hostas, I’ll dig a double sized hole and fill it with compost. Hosta love compost which makes sense because they’re used to growing in forest floors where no one comes by with a leaf blower to clean up. The leaves that fall in the forest just sit there and compost in place.

So pick a shady spot and dig a hole and dump some compost in it and then plant a hosta division there. And in a year or two, you can do it again.