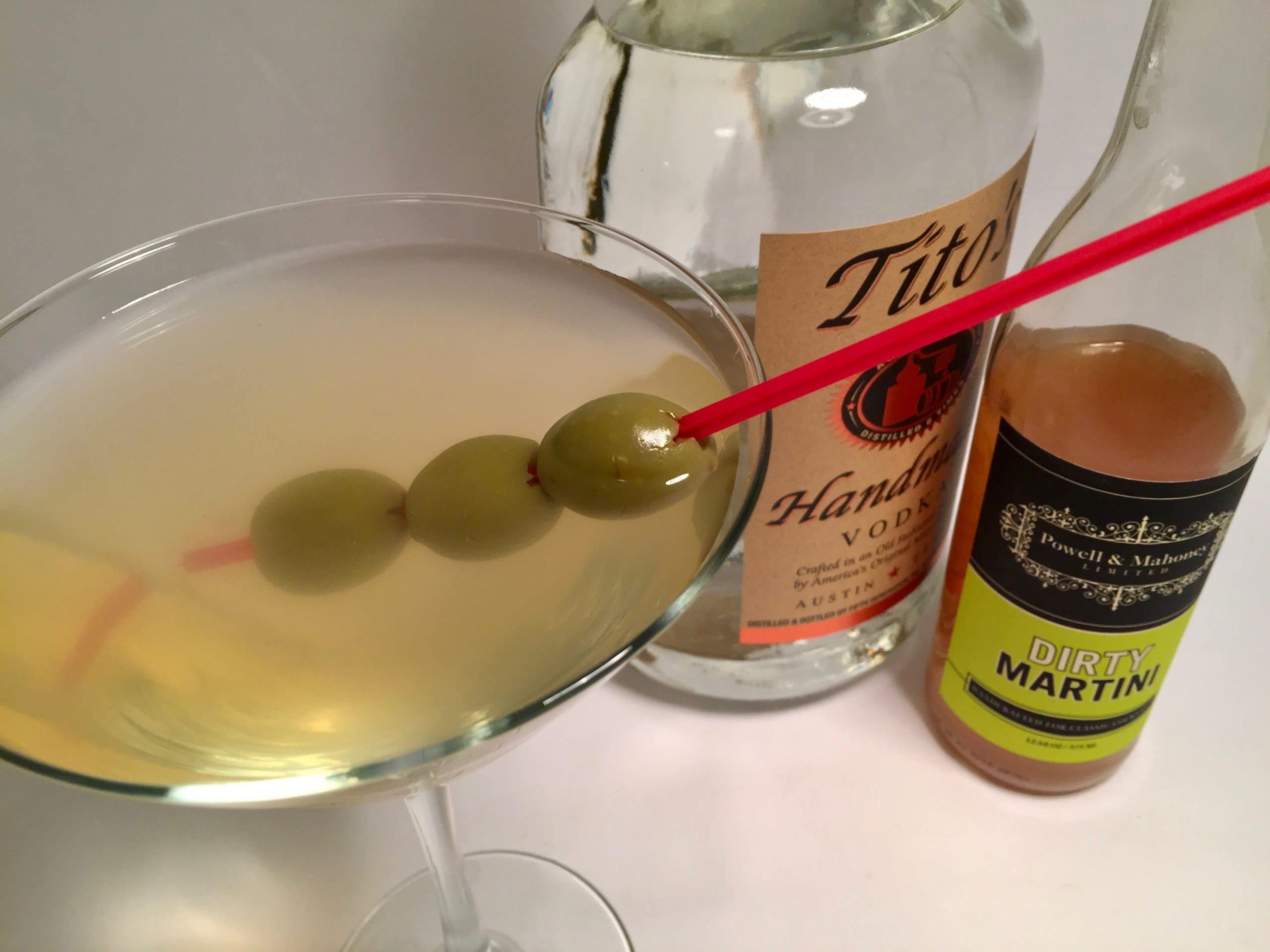 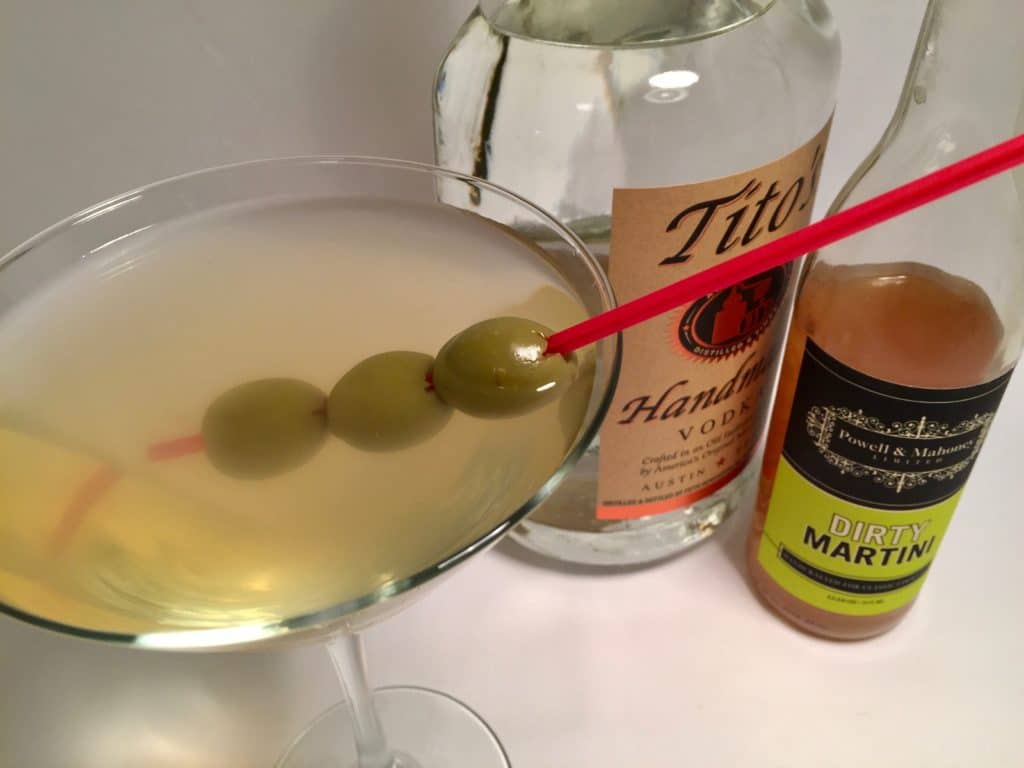 What is a dirty vodka martini? My definition is that it’s an outstanding way to drink vodka. I’ve never been a huge fan of regular vodka martinis. You might as well just have vodka on the rocks or straight up instead. There’s nothing wrong with vodka martinis but there’s not a lot of flavor in that drink. But with this Dirty Vodka Martini Recipe, you’ll have all the flavor you’ll need.

The dirty part of the dirty martini is olive brine. Basically you’re mixing vodka with olive juice. That’s it. It tastes great and it’s definitely not hard to make.

Most people will make their vodka to olive brine ratio more like 5 or 6 to 1. I’m good with 3:1. Extra dirty is a good thing.

You can buy a bottle of olive juice or brine at your local liquor store to make your dirty vodka martinis at home. But if you want something a little more interesting you’ll need to find a gourmet olive bar in your favorite supermarket or farmer’s market. Get a container of olives (stuffed with blue cheese if you can find them) for your garnish. And also get a container with just the olive juice in it to add to your vodka.

Now there are some that say that you need to add vermouth to a dirty martini but I’m not one of those people. Olive juice has such a strong flavor that it’s going to overpower just about anything else. And in the worst case the vermouth and olive juice will work against each other. Try it with vermouth if you want but I don’t think you need it.

I heard that Winston Churchill disliked vermouth so much that he’d only wave the bottle or cork over the martini. Sounds like a smart guy to me, so I’ll be having my dirty vodka martinis Winston Churchill style.