Everywhere you look now a days, you see the Moscow Mule. Seriously, all of a sudden that drink is everywhere. Even when you go shopping, everyone is selling those Moscow Mule copper mugs. I’ve even seen the mugs for sale at Home Depot which make absolutely no sense. DIY store, lumber & copper mugs for a classic cocktail. Nope doesn’t really make sense to me. But anyway, the Moscow Mule is made with ginger beer. Another great drink made with ginger beer is the Dark and Stormy. I like to make mine with Kraken Rum so I guess it would be called a Dark and Stormy Kraken. 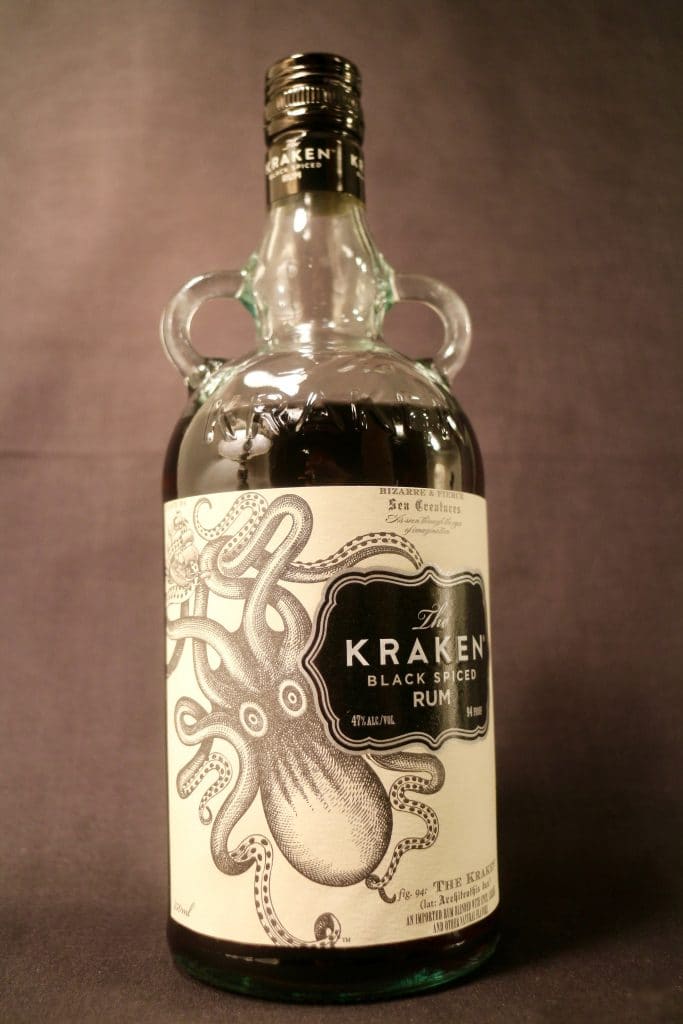 For this cocktail recipe I’m going to use Trader Joe’s ginger beer. Usually I would use Fever-Tree because it’s the standard for ginger beer but Trader Joe’s stuff is usually good so I’ll give it a try.

Next up is the rum. For a Dark and Stormy, no surprise here, you’re going to need a dark rum.  And when I think of dark rum I think of the Kraken. No, not that Gumby looking monster that Harry Hamlin fought in the original Clash of the Titans. I’m talking about the mythical sea monster from tales of old. And one of those old tales is about a shipment of rum that was lost at sea. The ship was loaded with the largest amount of dark rum ever to leave the Caribbean. But it went missing. Also adding to the mystery was the fact that some of the rum barrels washed ashore. It was said that the ship was taken down by a Kraken.

Kraken Rum honors this tale with their name and a really awesome looking Kraken illustration on every bottle. How cool is that to name your company after a giant sea monster. 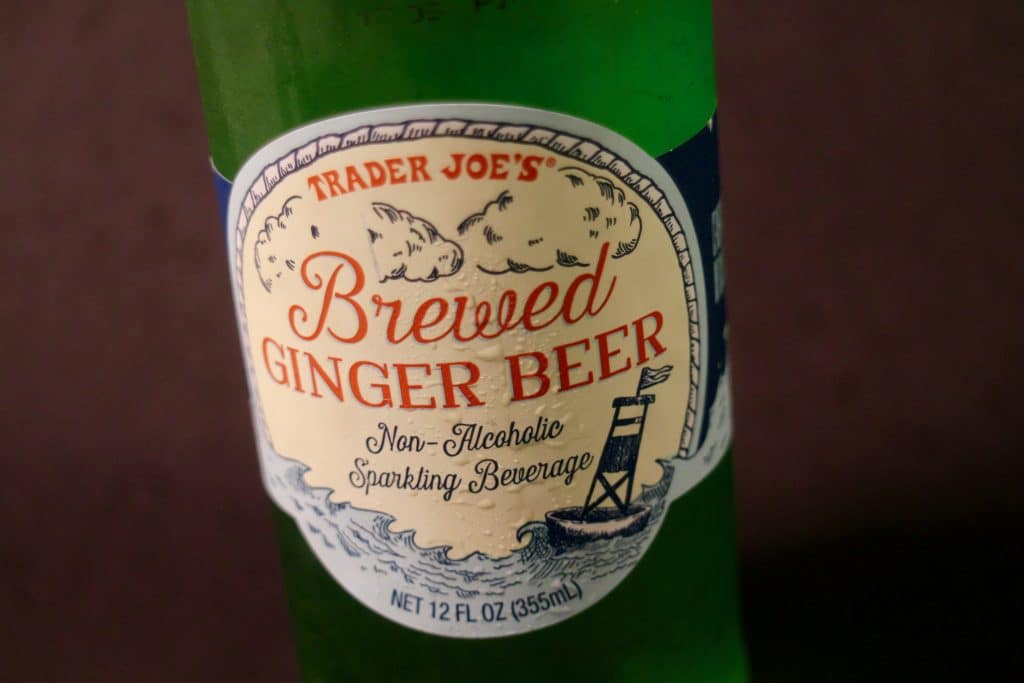 There’s actually has a lot of cool stuff on the Kraken Rum website. They have an iOS game where you have to sail the ocean, deliver a shipment of rum and avoid the Kraken which is actually very hard to do. And there’s also some cool computer wallpapers and even t-shirts and glasses you can buy. Everything has that awesome Kraken on it. Note to self, if I even open a micro brewery, definitely name the beer after a monster. The possibilities are endless with the marketing and merchandising you can do with a good monster.

The Dark and Stormy Kraken recipe goes like this. Highball glass, ice, ginger beer and Kraken Rum. Garnish with lime. Very easy cocktail to make. A lot of times you’ll see it layered with the rum on top but the first thing I do when I get a Dark and Stormy is mix it. So you really don’t need the layering although it does look cool. And there’s no need to break out the cocktail shaker or the margarita machine. The Dark and Stormy Kraken is a cocktail that you can offer your guests and you won’t spend your entire night making them. I did this once with mojitos and spent my whole night muddling instead of talking to my guests.

So if you want to spend all your money buying copper mugs so that you can feel all fancy when guests come over, by all means Moscow Mules are for you. But if you want to make drinks that are conversation starters about mythical sea monsters and cool rum companies then Dark and Stormy Kraken is waiting for you. And despite how it was treated in The Clash of the Titans, you can welcome the Kraken into your home.