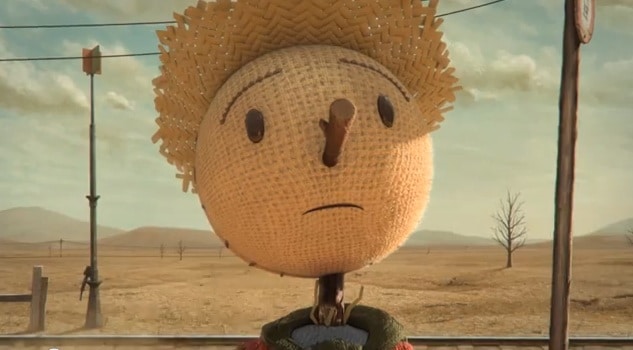 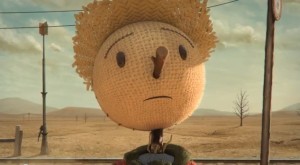 If you’re into stories of dystopian futures where evil corporations oppress their customers in the name of profit, only to be thwarted by one person’s refusal to give in, then you need to check out the new Chipotle commercial.

Yes, you read that correctly. This underdog story is about a scarecrow who is on a “quest for wholesome, sustainable food” and it’s was made by burrito giant, Chipotle. It’s basically a cry out against factory farming and processed food. In the end, the scarecrow quits his job working for the big corporation, grows his own food and opens a small food stand.

Chipotle has released a new iOS game with that same scarecrow taking on Crow Foods Incorporated and this is the accompanying video. It’s pretty good for a free game as you have “to join the scarecrow’s quest for wholesome, sustainable food.” The video is extremely well done by Moonbot Studioes and set to the vocals of Finoa Apple singing the song, “Pure Imagination” from “Willy Wonka and the Chocolate Factory”.

The Scarecrow has received almost 6 million views on YouTube in about a week and has gotten people talking. Can a national fast food company position themselves as the underdog?