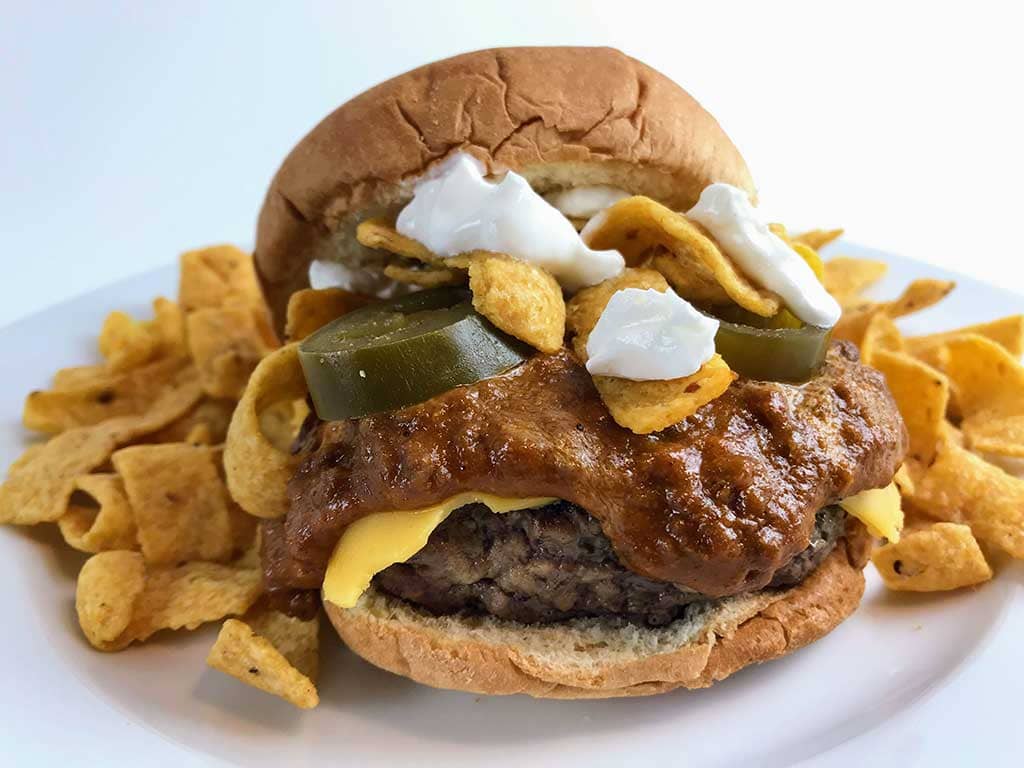 As I mentioned in my fajita burger recipe post, I’m working on a Cheeseburger Cookbook, so this weeks food post is going to be another burger. I should have started this cheeseburger cookbook a long time ago because I love testing all these burger recipes. Anyway, this week I’m making a chili cheese burger recipe. 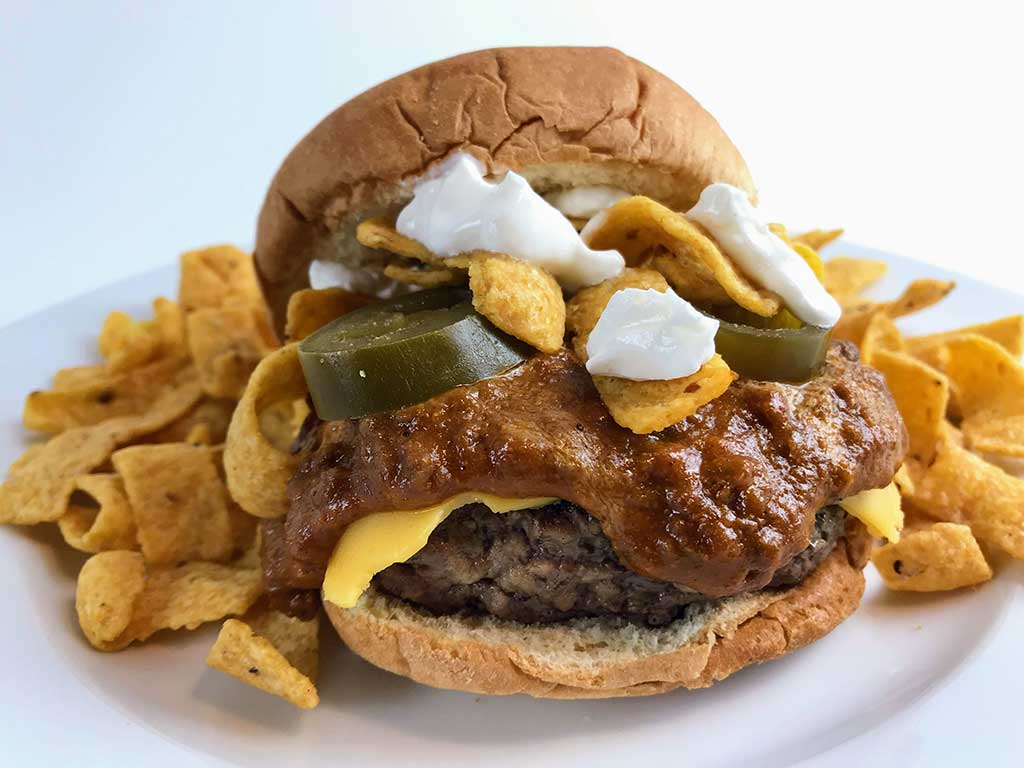 The key to a good chili cheeseburger is obviously some good chili. Whether you like your chili with beans or without is a discussion for another time. But I’ve tried a lot of chili recipes and the one that I like the best is Cin Chili. I saw it on Bobby Flay’s Throwdown show on The Food Network. He challenged Cindy Wilkins to a Chili Throwdown and lost. Every since seeing that episode maybe 5-10 years ago, I’ve been using a variation of her recipe for my chili needs. So congrats to Cindy for beating Bobby Flay and also thanks for the great chili recipe.

So besides needing good chili for a chili cheese burger recipe (duh!) you’ll don’t need too many other ingredients. Sharp Cheddar Cheese, sour cream, jalapenos (the pickled kind), some corn chips and a nice soft bun.

Making this chili cheese burger is pretty easy. First thing you can do is put your chili on the stove and start heating it up. Put it on low if it’s going to take you a while to cook your burger patty. Whether you grill it on the BBQ or a flattop griddle or even a frying doesn’t matter too much. Just be sure to add kosher salt and pepper to at least one side of the burger so that it has a nice crust on it.

Buy a block of the cheddar cheese and shred it yourself instead of buying a bag of shredded cheese. I heard that they add something to those cheese bags to help keep the cheese from going bad and that it doesn’t melt as good as plain cheese does. I’ve put this to the test and I agree. Grate up about a cup of cheddar cheese and slowly add it to your chili while stirring.

Once you have the burger cooked, the chili warmed up and the cheese melted in the chili it’s time to start assembling your burger.

For this recipe I like a nice soft bun. A Brioche roll or a regular hamburger bun will both work well. Stay clear of the chewy rolls like ciabatta or Kaiser.

Use a ladle or a spoon and scoop some chili on your burger. I used a few extra American cheese slices on the burger even though the chili has a bunch of melted cheddar in it. Too much cheese isn’t really a thing, is it? Add the jalapeno peppers, sour cream and some corn chips.

Confession, I bought the Fritos in the picture because I thought they would look better than some crumbled up Tostitos. Now I haven’t had Fritos in at least 20 years. I guess they aren’t that popular anymore or something because you never really see them at parties or anything. And now I know why. They really weren’t too tasty. They do look great, the little curls add interest to the burger shot. But I think I prefer the taste of the Tostitos. And you know what my favorite corn chips are? I absolutely love the organic round ones that you can get at Trader Joes. Those things are super thick and delicious. I guess next time I’ll be using them to make my chili cheese burger recipe.

So if you like chili and burgers, then why not have them both at the same time? 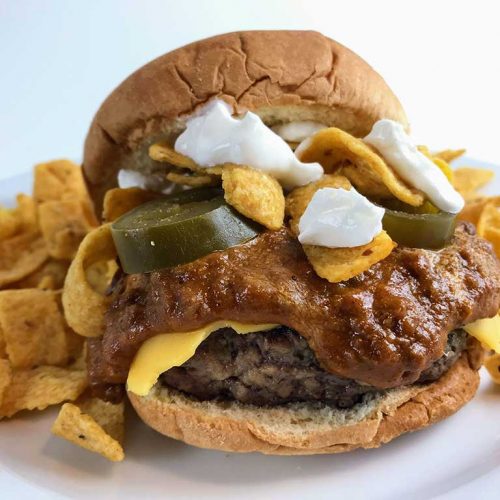