This post brought to you by Char-Broil. The content and opinions expressed below are that of GoodStuffAtHome.

If you’re in Northern NJ, you’ve probably seen me wandering around Lowes during my lunch break. I’m a professional Lowes browser. Someone on the staff always asks me if I would like some help, and I always say, no thanks, I’m just browsing. But this is actually time well spent. If you scout the store before you need to go shopping, you’ll know where everything is and that helps you get in and out quickly. This is especially useful when its more crowded on the weekends.
So when I was in the market for a new grill, it didn’t take me long to make a decision. I had already spent a lot of time checking out all the grills at Lowes and reading the spec sheets and even doing more research online.  I knew I wanted a Char-Broil Infrared grill.
The exact model that I got was the Char-Broil’s TRU-Infrared Commercial Series. There’s one with three burners but I got the one with four burners. And here’s some of the reasons why I picked this grill.
Here’s what I read on the Char-Broil website:

Almost 60 years after introducing the first charcoal grill, Char-Broil debuted another innovation every bit as monumental: the TRU-Infrared™ cooking system. It delivers even heat across the entire cooking surface (no more hot and cold spots), juicier food, higher temperatures without flare ups, for restaurant-quality results. All Char-Broil Commercial Series grills are equipped with the patented TRU-Infrared cooking system, which is unique to Char-Broil.

So what is this TRU-Infrared cooking system all about? Let me tell you. The way it works is that there’s these grates that sit between the fire and the cooking surface. The flames heat up this special cooking grates and they radiate the heat to the cooking surface. It’s a really smart idea because you get even heat distribution and no flare ups. Don’t worry you still get those awesome grill marks and flavor of cooking over the flames but these extra cooking grate makes BBQing almost fool proof. 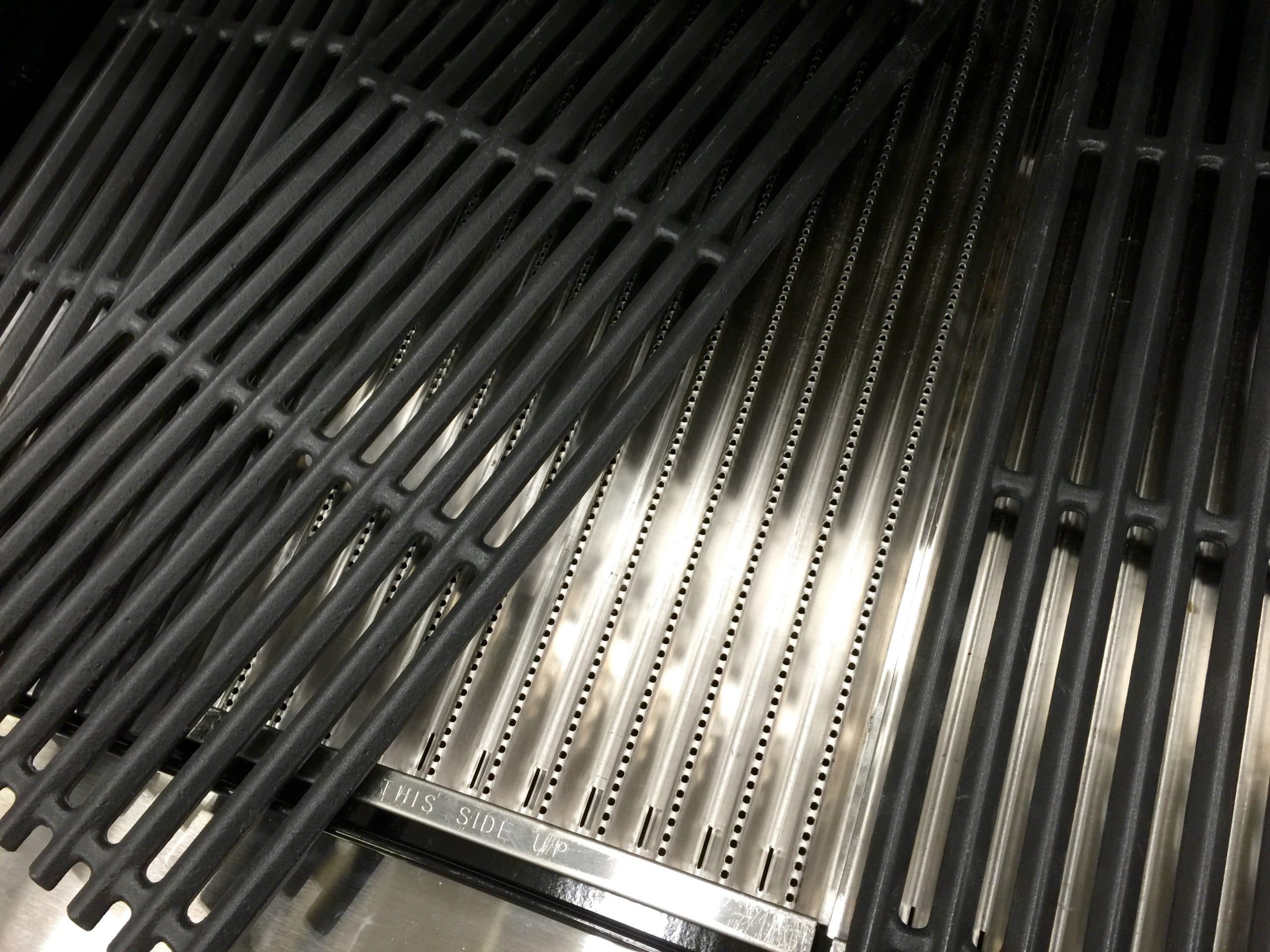 Char-Broil Commercial Series Grills Your food also comes out juicier than a normal grill. There’s these little holes in the cooking grates that let less air through. So you’re cooking with radiant heat instead of an open flame which will dry out your food. It’s a pretty cool idea.
Also have you noticed that propane tanks are getting expensive. I have two tanks that I use. One is hooked up to the grill and the other is there for when I have people over and the first tank runs out of fuel. It always happens like that. Never runs out when I’m home alone and toss a couple of hot dogs on the grill for a quick lunch. Nope, the tanks always runs out when there’s hungry guests over. So this TRU-Infrared cooking system uses 30% less fuel. That’s a huge plus in my book. Plus there’s a gauge that measures the fuel level. Awesome!
And I like the idea of having no flare-ups. When I cook sausage I’m used to having to sit over the grill and constantly moving the links around to avoid burning during flare-ups. I don’t have to worry about that anymore. I can even let my son watch the grill if I need to run to kitchen for something.
My old grill never really got all that hot. So I wanted to be able to control the temperature better. When I want to sear meats and lock in the juices, I need high heat. But the Char Broil TRU-Infrared is perfect for searing. I heard that they’re even using infrared grills in high end steak houses now. It’s really the way to go when you want a restaurant quality steak. 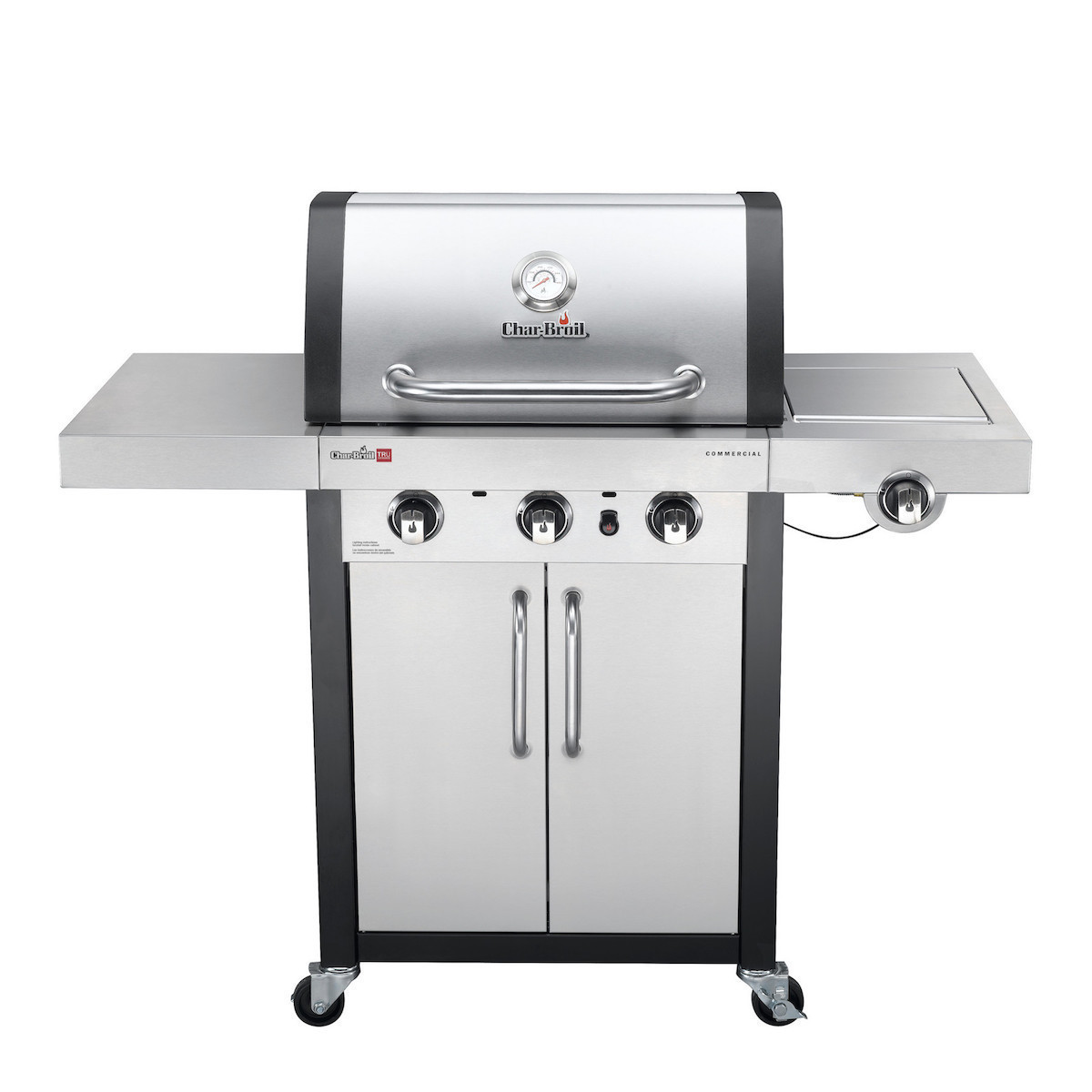 That temperature control is also very important. I also like to do low and slow cooking with things like pork. But the most important feature of the Char-Broil TRU-Infrared grill is that it looks great. It’s a nice addition to my backyard.