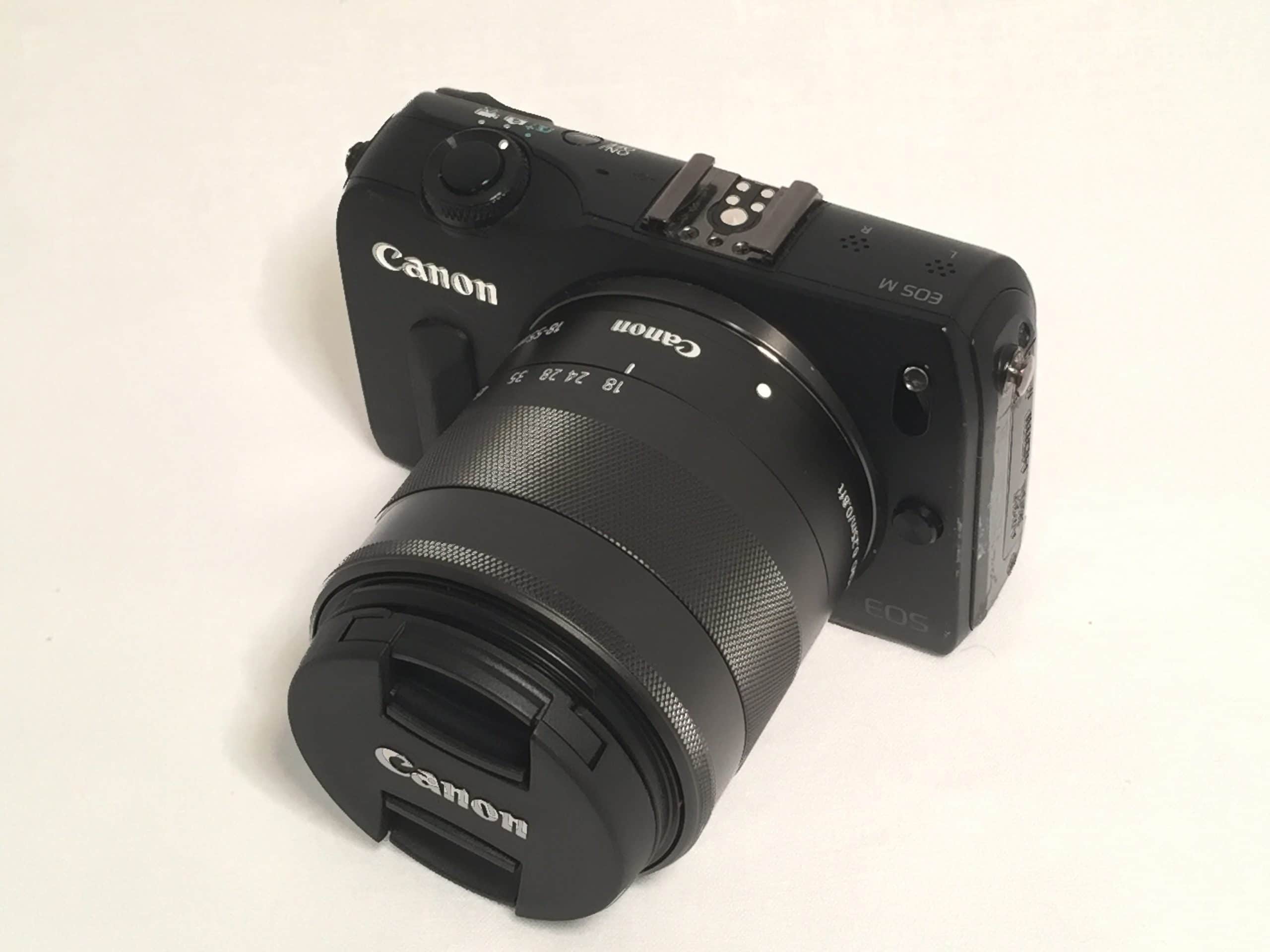 I have a confession to make. Up until now, all the pictures on this blog have been taken with an iPhone camera. I have been dying to buy a DSLR for years now but it’s just not in the budget. I did buy a used Canon EOS-M recently and this post will explain why I think it’s the best camera for blogging.

When I was a cutting edge garden blogger (around 2005) I had a Sony Mavica with those Mini-CDs for storage. This was way before SD cards and I think it was only about 3 mega pixels. But it had a Carl Zeiss lens and it kicked ass for the early 2000s. Eventually it stopped working and other cameras caught up and surpassed the quality so I’ve been using an iPhone for blogging for the past few years. There’s this saying that the best camera is the one that you have on you. And what I have had on me for the past few years is an iPhone.

Now all this time that I’ve been blogging, I’ve been trying to get the absolute best photos that I can with the gear that I have. I’ve used natural lighting whenever possible which means taking my foods and drinks and DIY Projects outside to shoot them. I’ve also built a DIY light box for when it’s raining or too cold outside. I light it up with clip on shop lights from Home Depot and I use poster paper or fabric remnants for backdrops. I also will try any tips or tweaks that I see on Pinterest or Photography discussion groups to get the best shot possible. Sometimes it works great, other times not so much. Browse my blog photos and you’ll see what I’m talking about.

Recently I figured out a way to get the best camera for blogging for me and for the least amount of money possible. I got the Canon EOS-M. It’s one of those small mirrorless cameras that uses interchangeable Canon lenses. That’s perfect for me because I can start out with a basic lens and then eventually get others for more specific uses like macro or zoom. And if I can someday get a DSLR then I’ll still be able to use those lenses.

Now you’re probably saying, isn’t that model a few years old?  Yes it is. There are now M3s, M5s and the M10 too. They are all a newer version of the one that I got. But I was able to get my EOS-M used on Amazon for less that $200 (body only). You can probably do even better with eBay or Craigslist but I wanted to cash in an Amazon Gift Card. Yes, I really broke the piggy bank for this purchase.

I did my research before buying this camera and all the old reviews that I found said that the camera had a focusing problem and should be avoided. That doesn’t sound very positive but hear me out. When I found more recent reviews that showed up further down in the search results (use date ranges in your Google searches, they work great) they mentioned that the focusing issue was solved with a firmware update. Good news! Most people don’t know how to update firmware or look past those original reviews and so the camera is being sold at great prices now.

Another thing I did was buy the international version on Amazon. It was cheaper and in this case it was the same camera with the same charger but it just showed up with the default language set to Spanish.

I also bought the EF-M 18-55mm lens used for about $100. This will be my only lens for now but in the future with the help of an adapter, I can use any of the EF-S Lenses. There’s tons of them out there being sold used. And since this camera is mirrorless, I can also use the older FD lenses which don’t work with DSLRs and are dirt cheap. I’ll need another adapter for the FD lens but it’s worth it when you can pick up a great manual focus zoom lens for like $40.

One last thing that I want to mention is that I plan on updating the camera OS to Magic Lantern. Magic Lantern is a free firmware add-on that gives you more features than the ones Canon included. It’s most well known for adding video features like microphone monitoring and screen overlays but there’s good stuff for photography too. It’s another piece of my plan to get the best camera for blogging on a very tight budget.

And so in review, I bought a used camera that was reviewed poorly and I’m very happy about it. I think that the Canon EOS-M will be the best camera for blogging that I could buy. If you have an extra $500-$1000 laying around, go ahead and buy yourself a Canon T5i or an Canon 80D. But for $250, me and my Canon EOS-M are in the game.