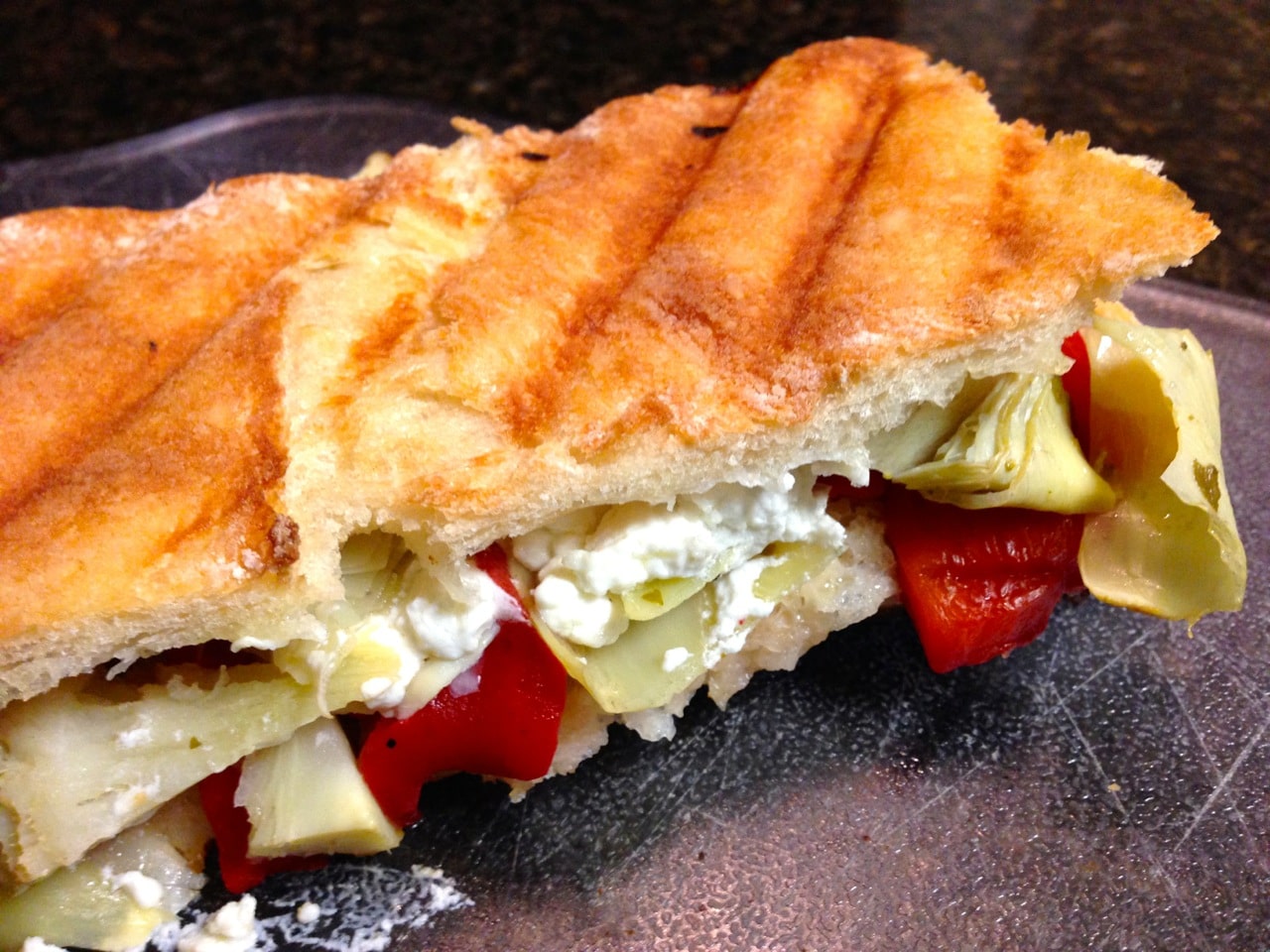 Here’s a panini sandwich that you can easily make with ingredients that you may already have in your pantry. Well at least Italians like myself will usually have a few jars of artichokes and roasted peppers in the pantry. Or if you want to make this panini taste even better, then roast your own peppers and don’t bother stocking that pantry. Here’s how to make an Artichoke Roasted Pepper Goat Cheese Panini

Anyway, the key to this really wet and messy panini is to have a nice crusty bread to soak up the moisture. Thick Italian bread, a long french bread or what I used in these pictures is a ciabatta bread.

For the artichokes, you want to use marinated artichoke hearts in oil. You can put them on a cutting board and give them a rough chop to keep the pieces bite sized if you like.

Cut the bread to the appropriate sandwich size and then layer on the ingredients. Roasted peppers lay pretty flat so you can start with them on the bottom. Then add the artichokes and top with goat cheese. I used goat cheese crumbles so it was hard to get it all balanced on there. It probably would have been easier to get a spreadable goat cheese and smear it on the bread.

You can carefully place the sandwich in your hot panini press but most likely some of the ingredients are going to spill out. This is a messy panini there’s no way around it.

After a few minutes, when the bread is nicely toasted and have those awesome grill marks on it, take it out of the panini press. And scoop up any of those ingredients that spilled out. They’ve been nicely grilled too so don’t waste them. Scoop them up and put them on the plate with the panini.

Variations: This panini also tastes really good with some homemade basil pesto spread onto the bread but don’t go overboard. Like I said, it’s already a messy panini.