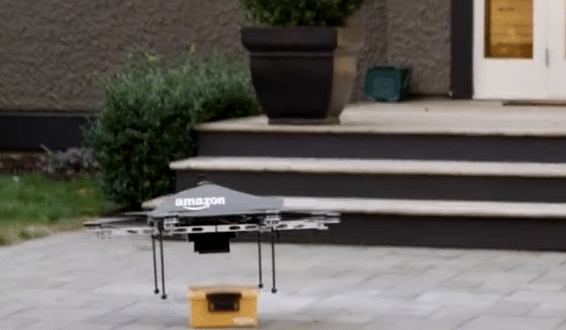 How to Capture Amazon Drones and How to Hack Amazon Drones are going to become popular search phrases that people are looking for thanks to the plans of Amazon CEO Jeff Bezos. In case you missed it, he went on TV this past weekend and showed off the video below of an Amazon Drone delivering a item within 30 minutes of when it was ordered. He called it Amazon Prime Air.

Now obviously there are a lot of technical and bureaucratic issues that would have to be worked out before Amazon could launch their drone delivery fleet but I think that they’re overlooking one big issue. Everyone knows it’s illegal to mess with the US Postal Service. Stealing mail is a federal offense. But shooting down or catching a drone in a big net just sounds like fun. I don’t think people will give it the same gravitas as the US Postal Service.

As soon as the video was shown on TV, Twitter lit up like a Christmas tree with comments about, keeping what you catch, or hacking drones or even the less creative, it’ll never work.

I hope it works but Amazon has a long road ahead to make Prime Air a reality.